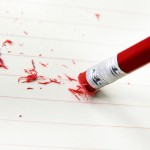 It is difficult for me to express my mistakes and difficulties since I started doing business.  I have had many failures and I have had many successes.  The successes seem to always blur out the failures, but in the moments just after the failure occurs I can think of nothing else.  Looking back it’s always easier to see when things started to fail and what I could have done to make it better; however, sometimes I don’t think I could have done anything to prevent the failure.

Early in my career I was working hard at a firm and making some decent money.  I had my career path laid out and I knew exactly what I wanted.  I was going to become a partner at that firm and enjoy the success of being a millionaire.  I loved money more than anything else at that time and I was willing to sacrifice almost anything to get it. I would take any opportunity that was given to me to succeed.  Oftentimes this came at the expense of others.

There was a fellow employee of mine that was almost equally as ambitious.  We became friends.  We often spoke of our ambitions and how we wanted to succeed.  One night we spoke in detail about our goals at this company.  I told him how I was going to climb my way to the top.  I told him of my plan to become a partner.  He almost laughed and said that I could never make it.  That night as I walked home I was disappointed that I had shared my goals with him.  He was good friends with one of the supervisors who helped him get promoted several months later.  He became my supervisor.  Everything changed at that moment.  I lost my ambition and felt like I could not succeed.  I left that company shortly afterward.

There was not much I could learn from that experience except that I shouldn’t let others’ success impede my own.  I felt like because I was a much harder working employee I would rise to the top.  But I also learned that keeping those around me that can help and support me will give me the help I need.  The next job I got I made sure that I paid close attention when picking good friends.

The next company brought even more challenges.  I was in line to become the next supervisor and I had an extremely busy work week ahead of me.  I needed to complete several tasks and reports before the end of the week.  I was walking and talking on my phone at the same time when I was hit by a car that ran through a red light.  It wasn’t too bad.  I fell unconscious and woke up in the hospital.  I found out that I had a minor concussion and some bruised ribs but nothing too serious.  I wanted to leave the hospital but they forced me to stay for 3 more days.

The worst part was that I could not complete my work for that week.  My phone was lost during the accident and I couldn’t leave the hospital.  My supervisors had to rush and finish my job for me and I was unable to get the promotion that I thought I had deserved.  The company did not blame me for getting in an accident, but they did suffer due to my accident and were not willing to promote me.

There was one small win from that experience.  The person who hit me with his car knew that he was at fault and fled the scene.  I was hoping to sue him to recover my hospital bill.  I found a lawyer and he helped me get the traffic video that showed the license plate of the car that hit me.  With his help I was able to get my money back and some more for my losses at work.  He now works at Crowe & Mulvey, LLP and helps others in similar situations.

That small win still came at a great overall loss for me.  But I did learn after these two experiences that I need to focus on what is the most important for me.  Which is not money, but instead is value that I can provide.  Bad things seemed to always find me when I sought for money and success.  When I started to focus on helping others and working hard for my family, I seemed to get much more satisfaction.